The Fondazione Giorgio Cini is a non-profit cultural institution, constituted by Count Vittorio Cini, in memory of his son Giorgio, and located on the Island of San Giorgio Maggiore, at only two minutes by vaporetto from Piazza San Marco.

The Fondazione’s mission is to strongly promote the redevelopment of the monumental complex of the island while encouraging the creation and development of educational, social, cultural and artistic institutions in its surrounding territory.

The monumental complex constituting a great part of the Fondazione is truly unique in its kind: the ex-Benedictine Monastery of San Giorgio Maggiore is a historical site of great architectural and artistic prestige, thanks to the presence of works by the greatest XVI and XVII century Italian masters.

The oldest section dates back to the beginning of 1500 and features the Manica Lunga – once the dormitory to the Benedictine monks – and the Cypress Cloister, both splendid examples of Renaissance architecture by Giovanni and Andrea Buora. The second relevant intervention on the architecture of San Giorgio Maggiore was by Andrea Palladio, who built the actual Church of San Giorgio, the Palladian Cloister and the Palladian Cenacle, where Paolo Veronese painted The Wedding at Cana, an artwork recently returned – in facsimile – to its original location.

Baldassarre Longhena completed the majestic complex with two Baroque interventions: the grand staircase (1645) and the Library, completed in 1671. Its magnificent wooden bookcases were designed by Franz Pauc.The island hosts two other key venues: the Teatro Verde and the New Exhibition Centre.

Located on the north-eastern side of the Island of San Giorgio Maggiore, the New Exhibition Centre was created in 2008, thanks to a major restoration work carried out on the former warehouse building constructed at the turn of the 19th century for the island’s free port, later on used as boarding school.

The overall exhibition area of over 1,000 square metres is equipped with state-of-the-art technology and is set in a very elegant architectural context, making these new rooms a showpiece on the Venice exhibition scene.

How to reach us

How to reach Venice and the an Giorgio Maggiore Island 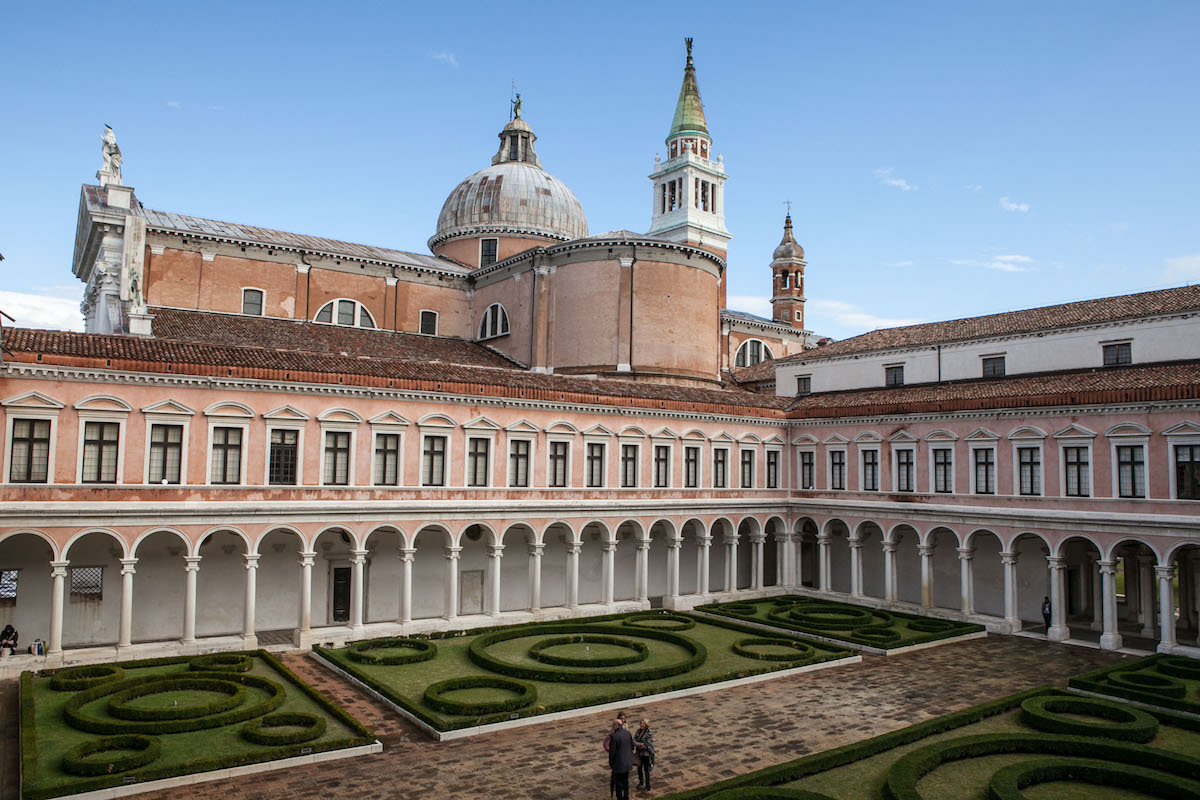 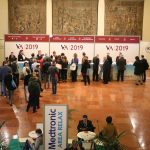 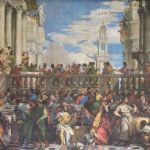 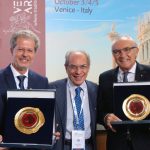 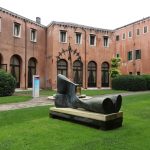 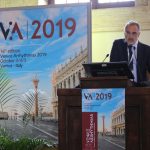 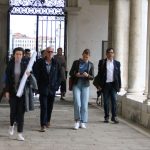 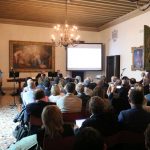 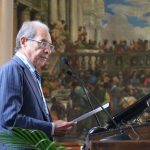 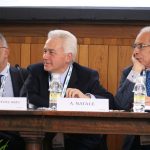 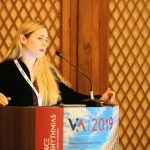 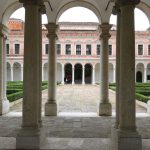 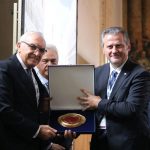 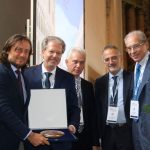 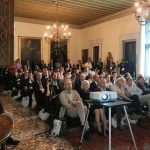 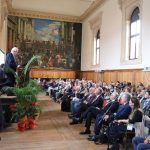 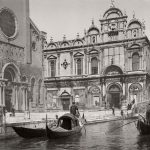 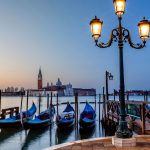 “Venice! There is a most admired city, a most celebrated, a most sung by the poets, most desired by lovers, most visited and most famous? Venice! There is a name in human language that has made to dream more than that?” Guy de Maupassant, Venezia, 1885 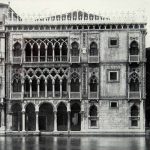 “In Venice, the architecture gives the emotion of music.” Carlo Dossi, Note azzurre, 1870/1907 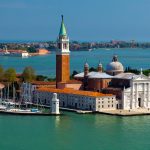 “Once did She hold the gorgeous east in fee; And was the safeguard of the west: the worth Of Venice did not fall below her birth, Venice, the eldest Child of Liberty.” William Wordsworth On the Extinction of the Venetian Republic, l. 1 (1807) 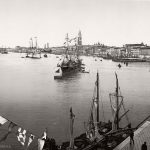 “Venice once was dear, The pleasant place of all festivity, The revel of the earth, the masque of Italy.” Lord Byron, Childe Harold’s Pilgrimage (1818), Canto IV, Stanza 3 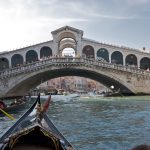 “This was Venice, the flattering and suspect beauty — this city, half fairy tale and half tourist trap, in whose insalubrious air the arts once rankly and voluptuously blossomed, where composers have been inspired to lulling tones of somniferous eroticism.” Death in Venice – Thomas Mann Ch. 5